We’ve been hearing about a budget iPhone for a while now, but this is one of the few times we actually get solid proof that such a device exists. A plastic shell that seems associated with this model has leaked on the web, coming straight out of China. 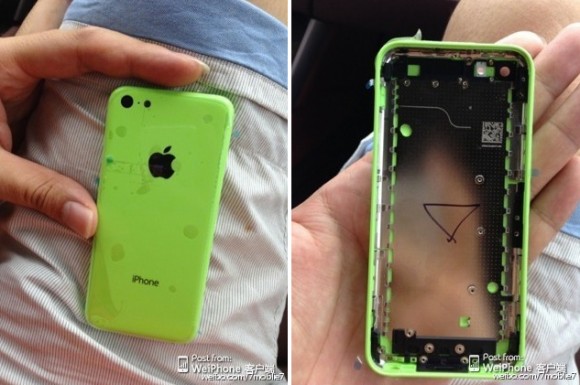 The leak seems to fit previous speculations and tips regarding a lower end iPhone for the masses. This is supposed to be only one of the 6 colors that the handset adopts and in case you’re wondering, the source of the leak is supposed to have connections at the Foxconn Chinese factory. The device seems to feature a single LED flash and a microphone hole placed between the camera hole and flash hole.

There’s a black Apple logo at the back and rumors say that other color versions for this phone include yellow, blue, pink and white. No idea what the specs will be, but I’m guessing dual core CPU, 512 MB of RAM and maybe a 3.5 inch diagonal. A 5 MP camera should also be enough in this case. As far as pricing goes, $350 would be  a bargain for an Apple phone, maybe even less.