People seem to believe that the Huawei Ascend P6 is impressive, with its 6.18 mm waistline, but there’s another model out there that’s much thinner: Umeox X5. This smartphone gets a full portrait with a gallery and feature rundown in our source link and we sum it up in the following lines.

The device measures just 5.6 mm in thickness and comes with rounded corners. This is also the first time we get to see the finalized specs of the Umeox X5, that will feature stock Android 4.2, as if it weren’t already very appealing. Upfront we’ve got a 4 inch OLED display with an underwhelming resolution of 640 x 360 pixels.

This device packs a 1 GHz dual core MT6572, which instantly places it in the midrange area, or even low end. The CPU here is a power efficient A7 28 nm chip, that supports HSPA+, 3D graphics and 720p video playback. The X5 also uses 512 MB or 1 GB of RAM, 4 GB of built in storage and supports a 32 GB microSD card.

We’ve got dual 5 megapixel cameras (at the front and back) ad this model relies on a 1400 mAh battery. No idea what the price will be. 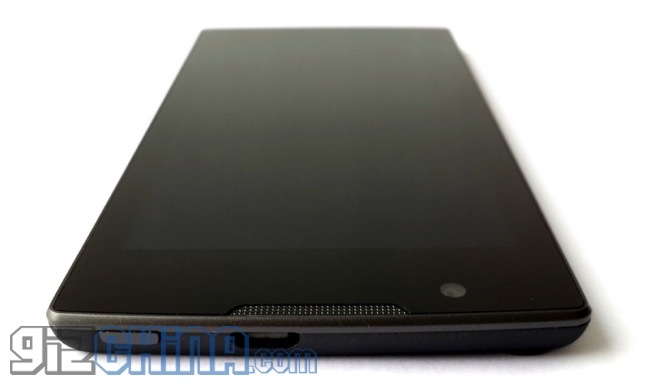