It’s very rare that we get to play with Windows Phone games, but when we do, we review them for you. Such is the case of Bullet Asylum, a game we played on the Nokia Lumia 900 a while ago. We tried out the trial version of the game and in case you want it in full you have to spend 2.2 quid for it. 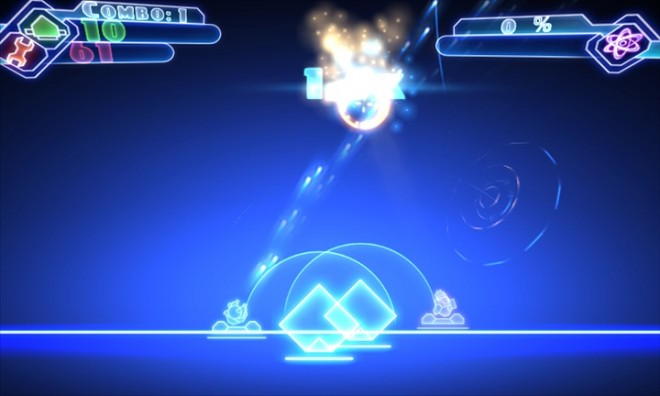 This title reminds me of Space Invaders and has a bunch of turrets at the lower side of the screen, firing at incoming ships all over the screen. The game has brilliant colours, like sort of a music player visualizer gone mental and on steroids. Bright colours, flashes of light, red, green, blue, everything is disco and shiny, if I may say so. There’s also a bit of electronic music in the background and the gameplay accelerates as you get more turrets, firepower and waves of enemies.

There’s even a sort of boss that will attack you at some point. The game modes include Arcade, Survival and Architect, plus there are dozens of upgrades available. 200 gamerscore available with this title, that’s up for download right here. We give it an 8 out of 10.