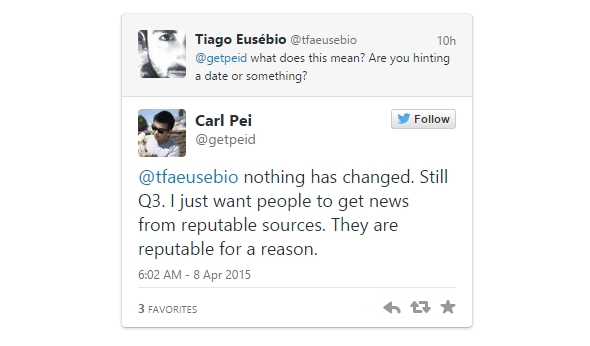 In terms of changes, it seems that the OnePlus Two will come with some major improvements in both build quality and hardware. According to the latest leaks, is expected that its frame to be a metallic one and not polycarbonate as the one found on OnePlus One.

Among its possible specs we might ave a 5.5-inch Full HD display, an octa-core Qualcomm Snapdragon 810 processor, 3 GB of RAM memory, a 16-megapixel rear camera with LED flash and a 5-megapixel front-facing sensor. Beside the specs and design improvement, is also expected that the price to be a little bit higher.