Casio is starting to become more known for its phones than watches, since I’ve seen more handsets with their branding get media coverage compared to their new watches. The latest model is the Casio Commando 4G LTE, that got pictured courtesy of leakster @evleaks. 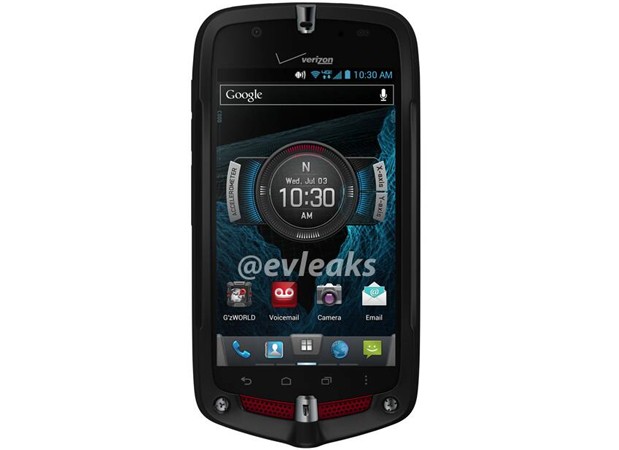 This device is supposedly coming to Verizon and it’s meant as a follow-up to the G’zOne Commando. The Commando 4G LTE is as rugged as the predecessor, if not more and it comes with a very cool looking custom Android interface. There’s a metallic app tray involved and a watch-like widget, giving it a very techie/nerdy but cool vibe.

Sadly, this leak doesn’t bring hardware specs, but an FCC filing from earlier mentions LTE and NFC. Rumors also talk about a Snapdragon S4 Plus processor inside and the launch is supposed to go down this summer.