Huawei brought two interesting big diagonal devices to CES 2013: the 6.1 inch Ascend Mate and the 5 inch smartphone Ascend D2. Both have been the subject of leaks before, so none of them is a real surprise. The Ascend D2 was described by Huawei’s chairman Richard Yu as “a dream device”. 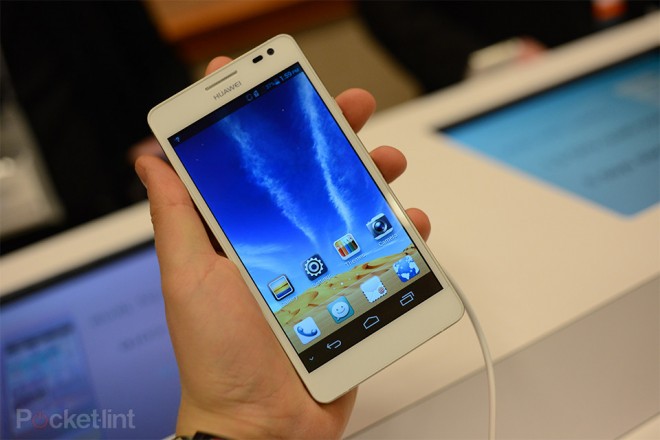 This is a 5 inch 1080p handset, with a quad core 1.5 GHz K3V3 processor, Android Jelly Bean, a 13 megapixel rear camera and a 3000 mAh battery. This Android phone has a 13 megapixel rear camera and the display mentioned before is a FHD IPS+ screen with 443 ppi and Super Retina status. It uses LCd technology and as far as the camera goes, the 13 MP shooter uses a BSI sensor with F/2.2 aperture, a 5 element lens and a hybrid IR filter. There’s a super hands free mode included on the device, that offers the ability to talk to the device and hear conversations up to 2 meters away. 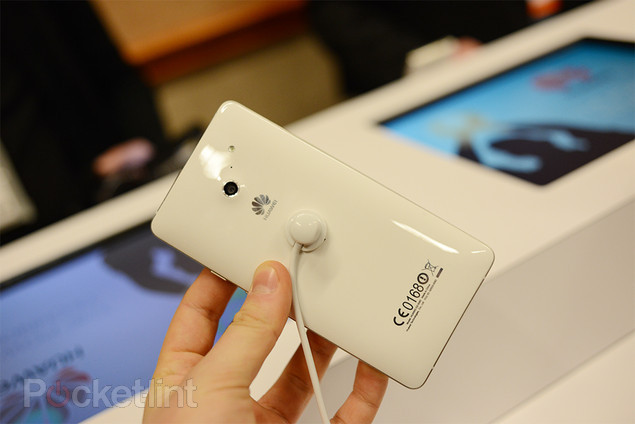 Add to that a 3000 mAh battery and power saving tech and you’re all set. Water and dust resilience are also here and Richard Yu even dropped the phone on the stage to show how durable it is. They even poured water on the smartphone and it didn’t have any problems. All of the technology is crammed within an aluminum case that’s 9.9 mm thick and weighs 170 grams.