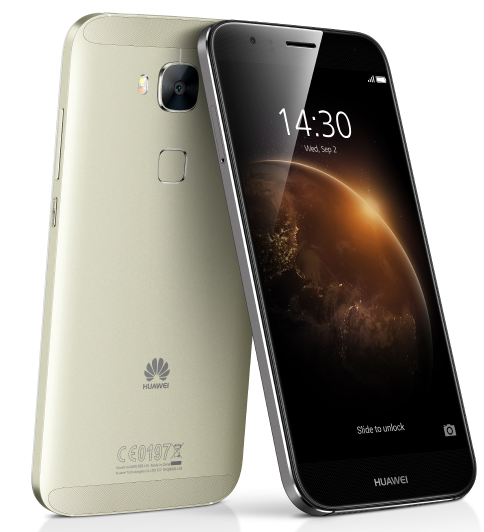 After the announcement regarding the international launch of the Mate 8 phablet, Huawei also revealed another phone during CES 2016. We’re talking about Huawei GX8, smartphone that is already on the market for a while under different names, like G8 or G7 Plus. Well, this GX8 will hit just the US market in the next couple of weeks for a $350 price tag.

In terms of specs, this phablet is found in the mid-range department, but according to the Chinese company, we’re dealing with a phone that offers chassis made out of 90% metal. Huawei GX8 comes with a 5.5-inch Full HD display, an octa-core Qualcomm Snapdragon 615 processor on 64-bit, 2 GB of RAM, a fingerprint scanner and with 16 GB space of expandable storage.

For those who take a lot of pictures, you should know that Huawei GX8 keeps the 13-megapixel resolution of the G7, but comes instead with a wider aperture, OIS and a sapphire lens protection. This 5.5 inch phablet measures 7.5 mm in thickness and weighs 167 grams, having a 3000 mAh battery inside the metallic case. In US, Huawei GX8 will be available in silver, gray and gold.