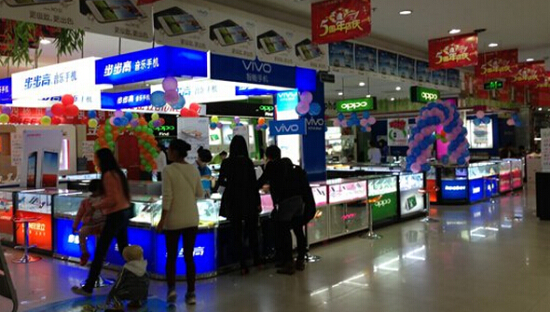 China is a vital smartphone market, with many handset makers tweaking their strategies in order to seem more appealing to the public in this country. It appears that the proportion of the Chinese market compared to the global market has dropped a bit in the first half of the year.

Saturation after the recession are the key words to remember here, as the Chinese handset market dropped to 25% of the global share. This is 4% lower than in the same time frame of 2014 and predictions claim that over the next years the smartphone market will be greatly marked by growth in Brazil, India and other emerging markets. IDC data is showing that the smartphone market volume growth will be 2.5% lower in China than the global growth.

It’s interesting to note that the sales of handset units have grown 33% over the first half of 2015 compared to the past year in this populous market. However, the market expectations were higher. Many manufacturers are resorting to offering products for under $200, including brands like Lenovo, Xiaomi, Huawei, ZTE or Meizu. They are also focusing on expansion overseas, maybe neglecting the local market a bit.

I seriously expect the Chinese market to bounce back.