Home Apple CNN Cameraman Uses iPhone 6 and His Own Camera For Comparison Sake,... 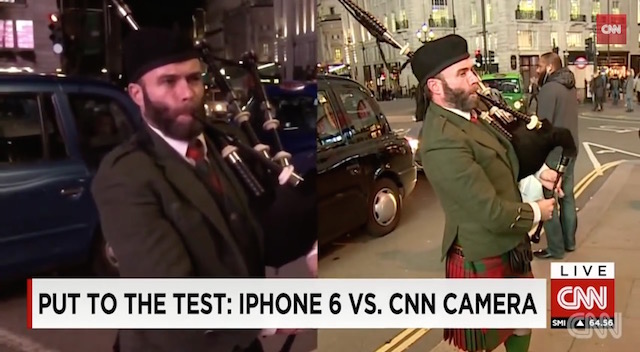 There was an interesting experiment put in place by CNN cameraman Harvey Hogan over the past days, as he decided to compare the quality of the iPhone 6 video capture with his own camera. Keep in mind that this man has worked for CNN for 14 years now, so he’ll immediately spot what’s good and bad about the Apple device’s capture.

The 3 minute video below shows us the comparison, that involved shots taken in London’s Piccadily Square. As you can see, the iPhone 6 footage has more washed out colors and obviously the exposure of the CNN camera is better. The color of people’s faces is also more natural on the camera than on the phone, but on the plus side, the slow motion effect looks mighty cool on the iPhone 6. 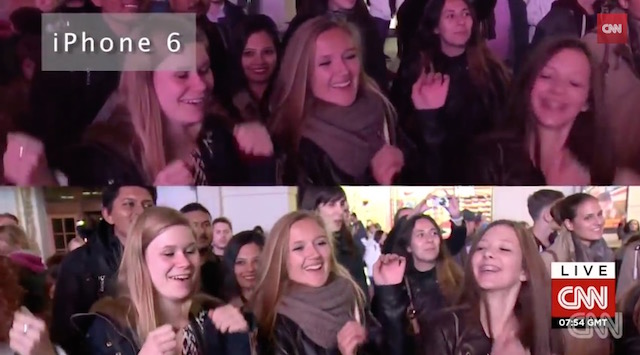 The handset also has several other problems, that various film makers who made music videos complained about: short battery life in such intensive tasks and a problem with low temperature recording. In the end the CNN man compared the iPhone and camera battle to a Mini and Maserati duel. Of course, this doesn’t mean the iPhone 6 camera is bad by any means and you can see it in action in our review here.

What I liked most about the video below is that it taught me some tricks when it comes to phone video capture. Be sure to watch it!