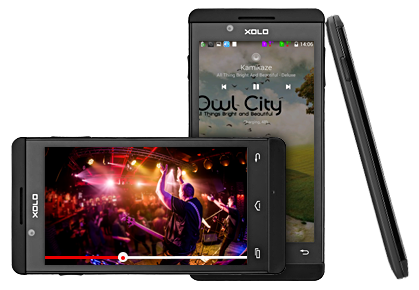 XOLO has listed a new smartphone in its offer, the Q710s model, that now shows up on its website. The product is expected to be released in the following weeks and it comes as part of the QCore-series. The price tag for it is $113 and it comes with midrange specs, detailed below.

Those include a 4.5 inch IPS display, a 1.3 GHz quad core MediaTek MT6582M processor, 1 GB of RAM, 8 GB of storage and a microSD card slot. The handset runs Android 4.4, has dual SIM Slots and a 2000 mAh battery. It also has 3G connectivity and packs an 8 megapixel camera with LED flash and a front 1.3 MP shooter. No idea when the device will arrive in physical stores, but that may happen pretty soon.

The XOLO Q710s is aimed at competing with the ASUS ZenFone A450CG, or the Xiaomi Redmi 1s, as well as the Motorola Moto E handset. XOLO has also been doing a bit of a Black Friday of its own, reducing prices for models like the Xolo Q1010i, Opus HD, Q700s Plus, Q500s IPS and A500s Lite.