Coolpad wants to become a bigger player, such as Oppo and Xiaomi and they want to expand to Southest Asia, Europe and US. This would involve some acquisitions on those markets, so let’s see what they have in stall for us, aside from hot promo girls.

Coolpad intends to spend millions of dollars to promote its brand in Asia, Europe and the US, according to the Wall Street Journal. The company had a good track record lately, beating Samsung to become the third largest smartphone maker in China and that’s no small feat. Sadly, this brand is little known outside of China, but that’s about to change. The Chinese smartphone maker will promote the brand in the above mentioned regions, especially USA, that’s a very important and trend setting market. 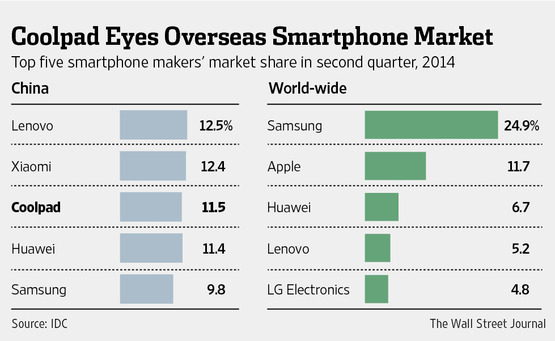 This company began its life by making pagers and telecommunications gear and then expanded. They’re looking for partnerships with new carriers and retailers all over the world and want to raise their revenues from overseas action to 30% by 2017. Last year brought them less than 10% from overseas deals. The Chinese smartphone market is becoming saturated as the price competition makes it hard to be relevant in the game.

Coolpad is falling behind the likes of Huawei and Lenovo, that are already expanding in other parts of the world, like Latin America. Will they manage to become the cool international brand they want to be