Dell is finally launching a series of impressive smartphones, so after having a look at the cool Dell Smoke model, we’ve stumbled upon the Dell Thunder. This great device features a 4.1 inch OLED screen, Android 2.1 and a custom UI on top of the previously mentioned platform. 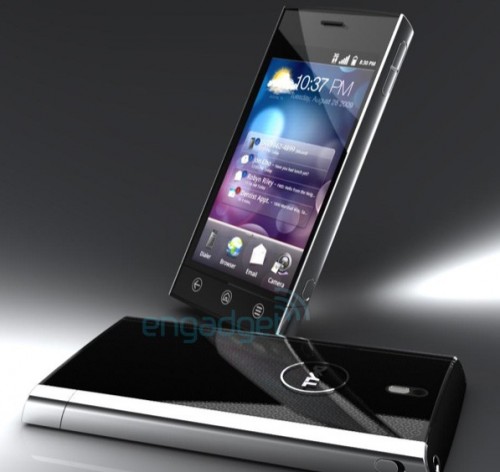 Said interface will link to Facebook and Twitter, providing social networking updates, in pure HTC Sense/MOTOBLUR style. Swype is used as a touchscreen keyboard replacement and we learn that this handset even supports Flash 10.1, allowing its user to watch web videos. Also, there will be an integrated web video Hulu app, for the service’s fans.

Under the case we expect to find a Snapdragon CPU, while at the back there’s an 8 megapixel camera and we learn that the device will be sold by AT&T and it’ll also be available internationally in HSDPA versions starting with Q4 2010. A LTE version will arrive near the end of 2011.