While HTC EVO 4G is still selling well, some of us are already considering purchasing one of the fresh Motorola Droid smartphones, either the Xtreme/Shadow/X version or the Droid 2. Apparently, both of them could be launched in July, with Droid 2 also being expected in August. 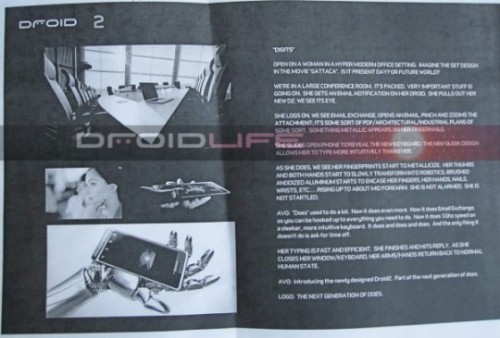 The images included in this article show slides that have commercial purpose and will advertise the new Moto Droid phones. The one above is labelled “Digits” and shows Droid 2’s support for Exchange Email. We also learn that this handset features a 1GHz CPU and moving on to the other two slides, they’re focused on Droid X, as you can see right here. 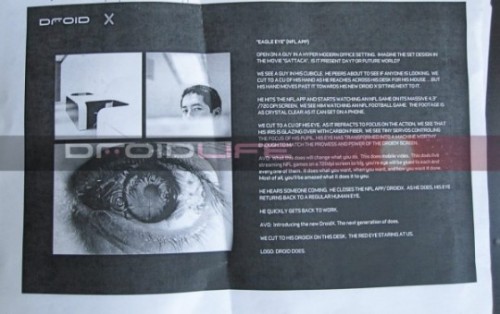 One of the slides shows an NFL app called “Eagle Eye”, possibly pictured to praise the 4.3 inch screen on the Droid X, that will display great-looking images, with great quality. The last slide is the “Media Mogul” one, based on an app called EyeCon, also present on the Droid X. It manages the multimedia devices in your home and it’s basically a mobile media center included in a phone. 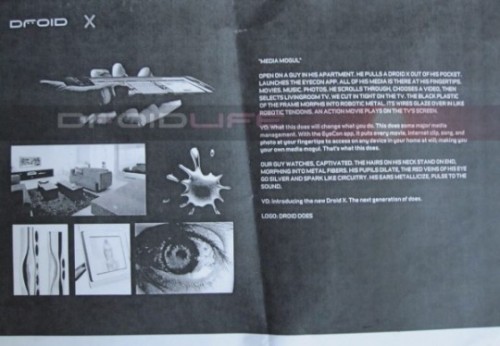