It’s nice to see some evolution on the Windows Phone side, as when you glance at specs usually you’re not that impressed when it comes to Microsoft’s hardware partners. Well, now Nokia Lumia 800 is put up to the test and faces the Samsung Omnia 7, one of last year’s Windows Phone 7 units. How they do is shown in the video below. 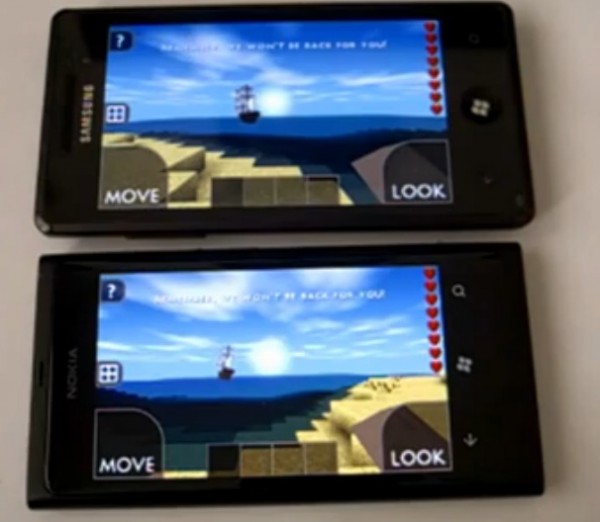 Nokia Lumia 800 obviously has the upper hand, since it comes with upgraded hardware and a better CPU. I guess that the RAM is just the same and the storage should be similar, right? The Nokia smartphone not only loads the game faster, but its graphics are also better, so it seems that Nokia hardware does make the difference and makes the Finns reliable Microsoft partners.

Samsung is already rumored to leave the Windows Phone segment and focus more on Bada, so such comparisons won’t be taken kindly by them. After all, they’re preparing to enter 2012 with a quad core smartphone and they’re the first with an Android 4.0 device. What premiere does Nokia have on its side, for the past years?

In the end is it worth it to rejoice when your device is slightly better than a phone from 2010?!