The HTC One Max is one of the most interesting phablets of second half of the year, probably ready to take off at IFA 2013. Codenamed T6, the device has only leaked in small photos till now. However, today the usual @evleaks leakster published a full press render of the new model. 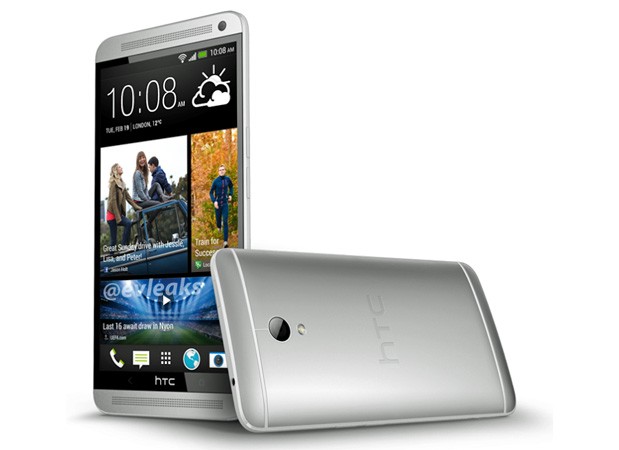 Reportedly this is a “non final” press image of the big smartphone. The pic fits what we’ve seen before, with the One Max being a larger One. The only big change is the camera flash position and the slightly modified side trim. We’re expecting a Snapdragon 800 CPU inside and a 5.9 or 6 inch screen, plus a bigger battery.

At the back there should be a 4 Ultrapixel camera and we also expect 4G LTE, BoomSound speakers and BlinkFeed social networking. Is it just me or does the back of the device seem more curved than we expected? Anyway, I sure hope that this model won’t be very heavy or bulky.