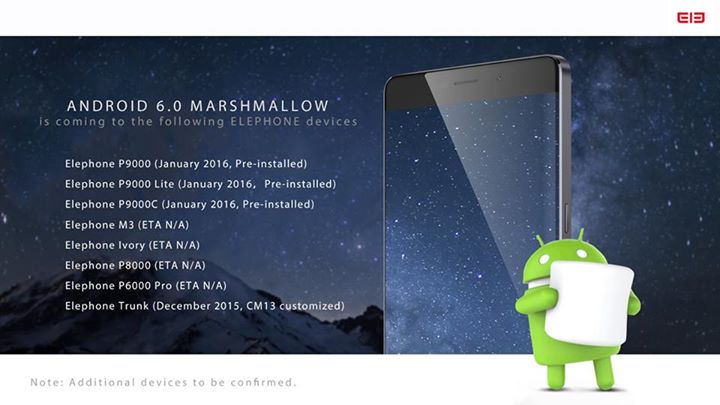 Prolific Chinese brand Elephone, one of the companies with the most launches of the past year has published a list of devices that will get the Android 6.0 Marshmallow update in the coming months. 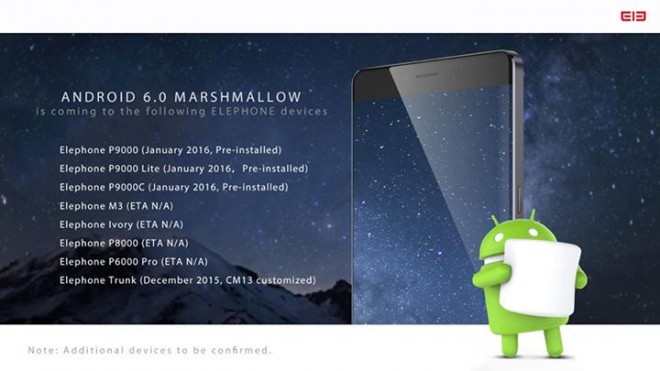 Popular models like the Elephone Trunk are listed, with that one getting its release this month, in the form of customized CyanogenMod 13. Elephone P9000 will get its taste of Marshmallow in January 2016, or better said it will come with it preinstalled, as will the P9000 Lite and P9000C. On the future update list there are also the Elephone M3, the Ivory, P8000 and P6000 Pro models, but without a clear ETA.

Seeing Marshmallow on these devices means that they may actually be ahead of some of the HTC and Samsung hotshots for example. To give you an idea of why Elephone has become so popular lately, just have a look at the Elephone P9000. It comes with a Helio X10 deca core CPU, 4 GB of RAM and a 20 MP camera and costs just $229. Crazy, right?