Explay Crystal is certainly not a surprise, since we’ve seen a transparent phone before, but the Sony Ericsson Xperia Pureness only had a monochrome display. Well, this model brings a color screen, a transparent one, that instantly makes me think of the prototype that NTT DoCoMo showcased not so long ago. 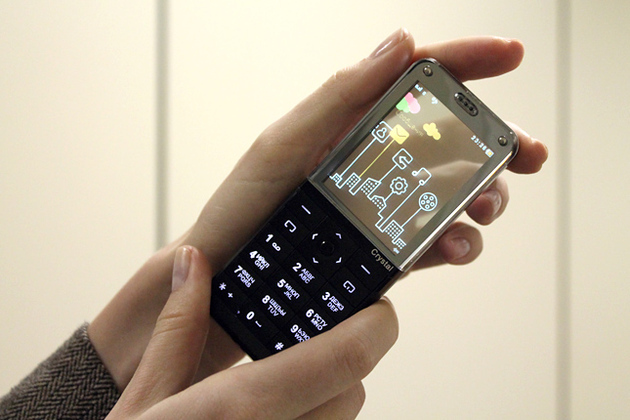 There was also a model called Lenovo S800, a color display transparent phone released last year. So, what does this Explay Crystal have to offer, since it’s not a premiere? Well, it has a brighter and more vibrant color screen, at least when compared to the Lenovo unit. It goes for a pretty cheap price, $219, less than half the amount you spend on the S800. Explay Crystal is still merely a feature phone, so don’t expect smartphone functionality here.

Explay Crystal is a dual SIM handset, with media player functions, Bluetooth 3.0 with A2DP and the usual features, such as contact list, basic camera and video playback. It will be on sale in Russia starting July 1st and I still want that futuristic transparent phone with tons of augmented reality, flexible body and good camera. Who can deliver that to me?