Remember those exploding iPhone cases, that were particularly noticeable in France? Now it turns out that the EU is taking over the matter and threatens to take away the dangerous handsets from their owners, if they’re found dangerous enough for them. 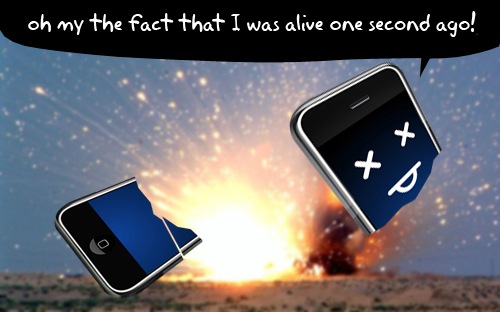 Apparently, Apple’s phones have a tendency of cracking, overheating or exploding, an issue that’s been reported by European press more often than by the papers and online sources from the US. While everyone’s worried about the safety of the users, the only thing that Apple has to say is that a couple of dozens of exploding handsets can’t be compared to the millions of sold units.

France is very keen on taking Apple’s phone off the market, but other countries are worried too, specially since Britain and Germany have also had their problems and word’s out that there was even an incident involving a girl who caught fire. Recall coming the fanboys’ way?