For those of you wondering why 70% of the first batch of Samsung Galaxy S4 units will rely on Snapdragon 600 CPUs instead of Exynos 5 Octa, well it’s not the fault of the connectivity module, we can give you that much. The Exynos 5 Octa comes with support for 20 LTE bands, so it’s all of them basically. 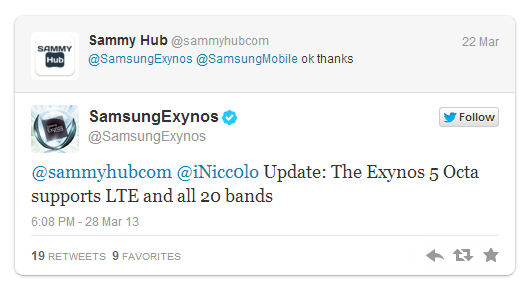 The processor will be paired with a multiband radio in the GT-I9500 version of the Galaxy S4, the one that was spotted on the web in benchmarks recently. Samsung’s LSI division, the one handling the making of the Exynos 5 Octa chip has to face some production problems. 10 million units of the S4 will be rolled out first and only 3 million will incorporate the new Exynos.

Originally, the Snapdragon 600 versions of the S4 were meant for USA, but now they will be more widespread. Samsung has quite a bit of experience, after facing problems last year with the Samsung Galaxy S III, that hit its own production problems. 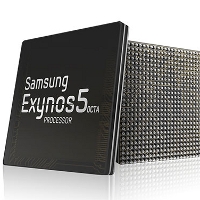