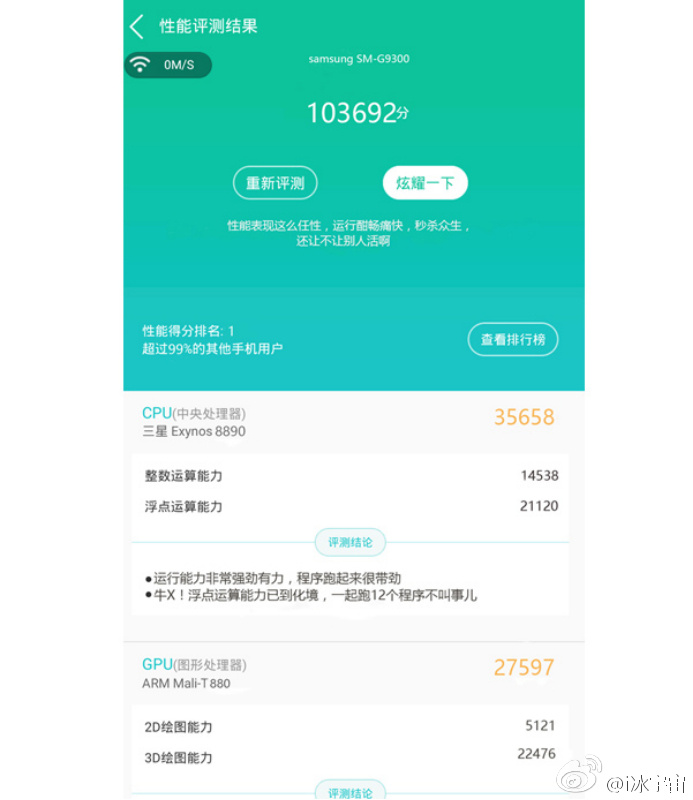 We advise you to take this piece of news with a grain of salt, but it appears that the Exynos 8890 processor is able to score quite an impressive amount of points in AnTuTu. Leaked straight out of China the benchmark result below even dwarves the mighty Kirin 950, recently scoring high on the Huawei Mate 8. 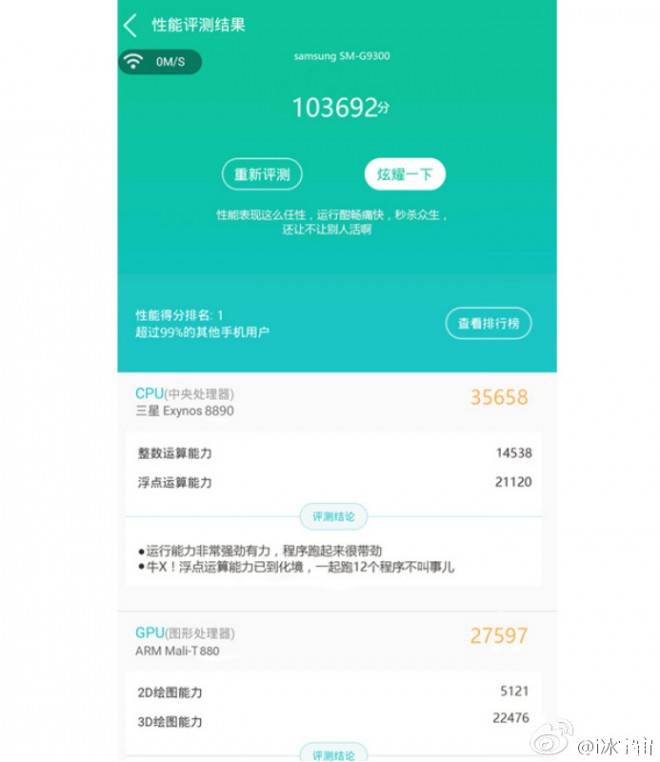 The Exynos 8890 is going to be a fixture on the Galaxy S7, standing for half of the units of the new flagship. The other half will be made of Snapdragon 820 chipsets, that’s a very powerful CPU, but I can’t help but wonder if it’ll deliver the same punch. Anyway, this AnTuTu leak shows a score of 103.692, while the Kirin 950 recently reached 94k. 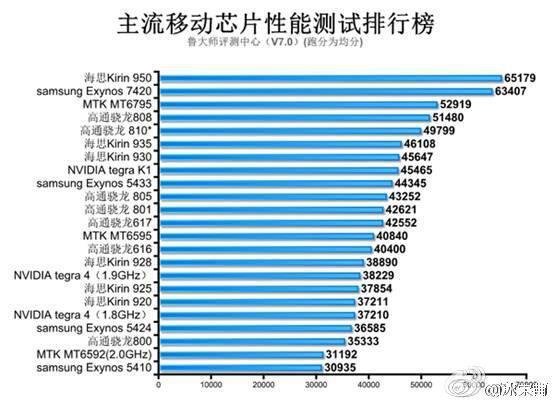 To put that into perspective the Exynos 7420 on the Galaxy S6 and S6 barely got around 68.000 or 69.000 points, so the increase is all the more impressive. Once again this could all be faked, especially since there’s a suspicious aspect here: the device being tested in the benchmark is listed as SM-G3000, which theoretically should stand for the Chinese version of the Galaxy S7, that should receive the Snapdragon 820 chipset.