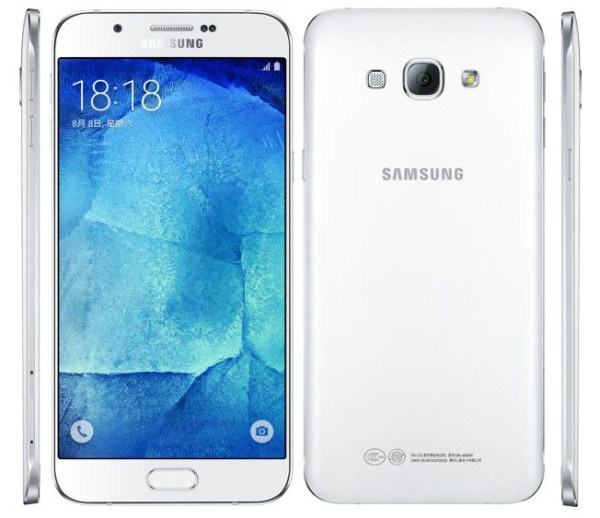 Samsung Galaxy A8 debuted not very long ago and it looked very solid for such a slim and elegant phone. It had appealing specs, but the Snapdragon 615 isn’t exactly the most impressive chipset in the world. Well, an Exynos version of the phone has just debuted in India.

Priced at $507, the handset keeps the rest of the specs intact. It still packs a 5.7 inch Super AMOLED Full HD screen, as well as 2 GB of RAM and 32 GB of storage (expandable). The thinnest Samsung phone so far, at 5.9 mm in waistline, the A8 has a 16 megapixel back camera with excellent F/1.9 aperture. It also brings a 5 MP selfie shooter with 120 degree wide angle lens.