Facebook has started sending out press invites to an event scheduled for April 4th at the Menlo Park Headquarters. This is where the company will showcase an innovation related to Android, from what we understood. The tagline for the showing is “New Home on Android”. 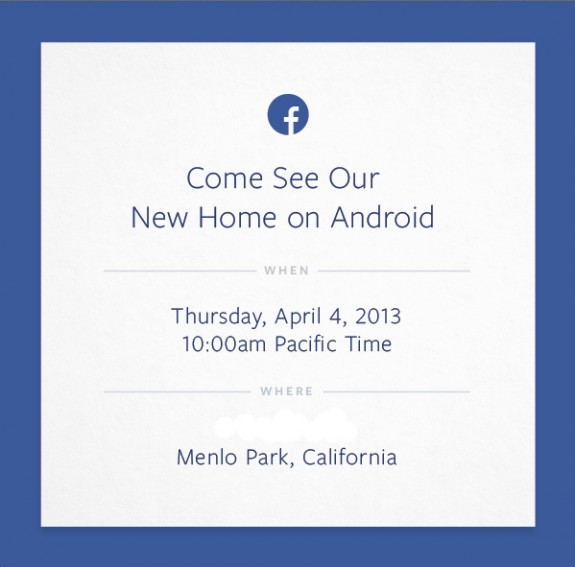 This means a new Facebook application for Android could be on the way, but it also leads to speculations about that rumored Facebook Phone with Android. There were some leaks recently of a phone model called HTC Myst, that could be part of the announcement from next week. This handset is said to be the next Facebook Phone, coming to AT&T’s 4G LTE network.

The device will have preloaded Facebook software on board, it may once again have a hardware FB button and adopt all the novelty inside the social network, shown on its screen. Anyway, next week is going to be big for Facebook on mobile. Are you ready?