We’ve seen Audi phones and handsets created by Porsche Design, but it’s time for Ferrari to have its own handset, albeit only a concept (and no, it’s not the Vertu with the prancing horse branding on it). Ilya Nikolich created a futuristic Ferrari phone concept, that you can see in the image below. 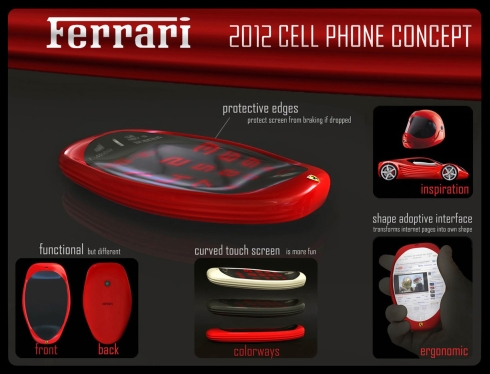 This is a device meant to surface in the year 2012 and it’s supposed to have protective edges, that will protect the screen from breaking, in case you drop the device. There’s also a curved touchscreen on board, a shape adaptive interface (Internet pages tweaked according to the device’s shape) and probably a camera at the back.