Israeli company Emblaze Mobile recently unveiled the First Else mobile handset during an exclusive London preview. The handset is based on the Else Intuition OS, that in turn relies on Access Linux Platform 3.0 and you should know that the phone comes with GPS, a camera and a very original interface. 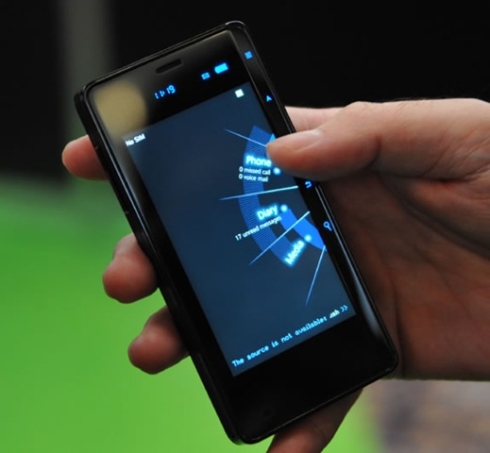 The most interesting aspect of this handset is its UI, supposed to “change the way we interact with phones”, but its specs are also not to be neglected. First Else features a TI OMAP 3430 CPU, support for quad band connectivity, tri-band as well, Bluetooth 2.0, WiFi 802.11 b/g and GPS.

Its display is a 3.47 inch LCD with a 480 x 854 pixel resolution, while the internal memory is 16GB (Flash), accompanied by 256MB RAM, a 5 megapixel camera with autofocus, 8x digital zoom and image stabilization. Noise cancellation is also on board, as well as a 3.5mm audio jack, tilt, proximity and light sensors and a 1450 mAh battery.

Here’s the incredible UI of the device in action: