After having a look at the new iPhone’s back and checking out some parts of the handset leaked by a Chinese company, we check out some screenshots of the iPhone 3G 2009. Although they are blurry, these images, posted on a Hong Kong blog reveal some of the apps present on the new phone. 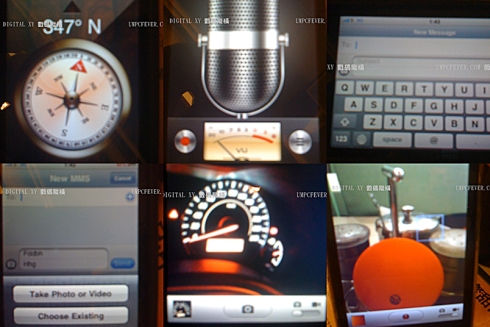 The UI is clearly one that screams Apple and we get to see the compass and autofocus features in action, both new to the Apple hardware. Video functions are also shown in these screenshots and we notice how the camera switches between video and still mode, plus the autofocus overlay.

There are some MMS screens included in there and we notice that the user can change focus with his finger, while using the new iPhone’s camera. These images seem very real, unlike some of those leaked recently, but WWDC will give us the final confirmation, one week from now.