A while back we informed you that Google was planning on giving free phones to developers that make popular Android apps. The search engine giant was prepared to give away free Motorola Droid or Nexus One units and it seems that they started to ship them to the rightful owners.

Brenton Klik, developer of the second most popular flashlight app on the Android Market has just received his Nexus One unit, accompanied by the letter pictured below. 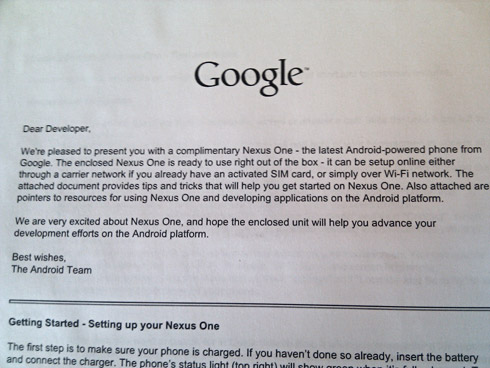 This developer is the creator of the FlashLight Android app and in case you can’t see well enough to read the letter above, we mention that Google provides tips and tricks regarding the use of the Nexus One and pointers to resources for using the samrtphone and developing apps on the Android platform.

It appears that this Nexus unit is ready to use right out of the box, following online setup through a carrier network or simply over WiFi. Has anyone received a free Moto Droid yet? 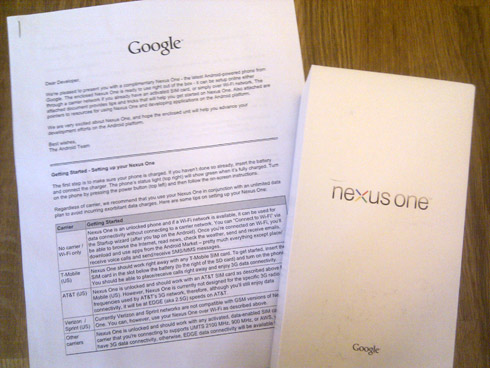