HTC EVO 4G was just announced the other day and the device continues to impress us, although some claim it’s a mere HTC HD2 with an upgraded camera, WiMAX support and Android on board. The camera is simply great, as shown by the following hands on experience, possibly filmed during CTIA Wireless 2010:

HTC EVO 4G’s 8 megapixel camera packs a dual LED flash and many settings, like the image saturation, ISO, white balance and more. The famous touch focus is also included among the specs and all settings are tinkered with through a touch slide mechanism shown on screen. The new HTC’s shutter lacks any type of lag and the camera also does zoom, while the interface is kept simple and basic. 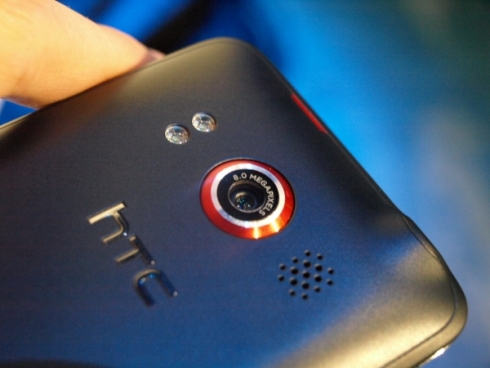 EVO 4G supports HD 720p video capture as well and it even performs an automatic white balance adjustment once you prepare to start the video capture. With a reasonable price, this Android 2.1 handset could rule the market in 2010, right?