We’ve just come across a new piece of technology, based on a 3D interface and touchscreen. Metatrend detailed this idea for us and we learn that it all revolves around “stereoscopic touch control”.  Meanwhile, we remind you that Samsung was also working on a 3D display handset, that we’ll probably see on the market before the year end. 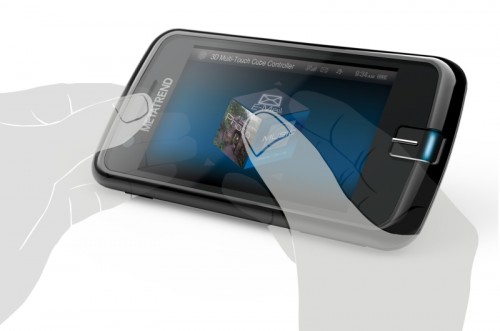 A 3D multitouch cube will be used as the centrepiece of the UI, as shown in the image above. Another interesting aspect of Metatrend’s technology is the simultaneous use of a handset’s touchscreen and a touchpad placed on its back side. Dual touch control is thus available, with both touch surfaces working together.

Stereoscopic Touch Control revolves around the mutual interaction between fingers, some placed on the screen and some on the backside touchpad. You’ll be able to copy and paste blocks of text, scroll through menus, use a 3D touch control dial and even receive haptic feedback, thanks to Samsung’s haptic vibration technology. 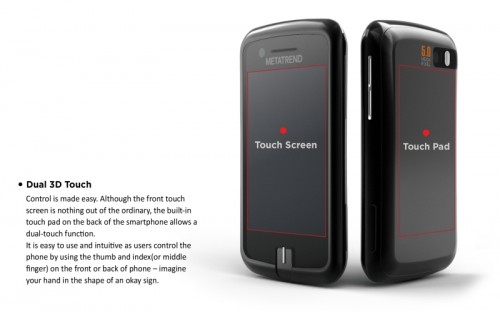 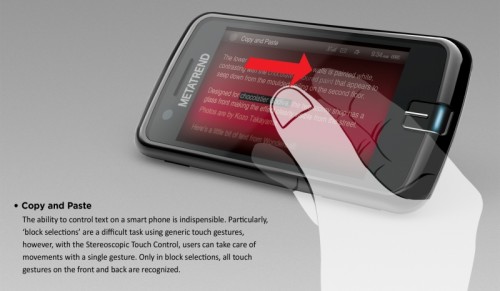 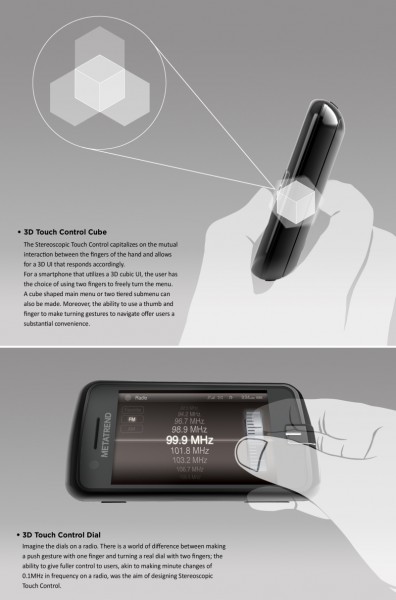 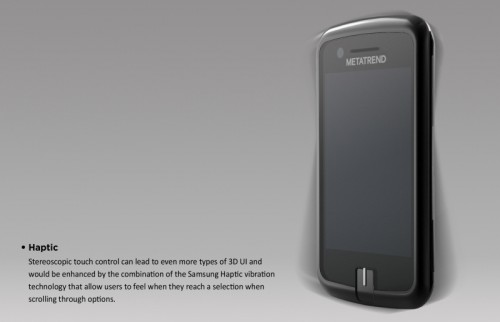