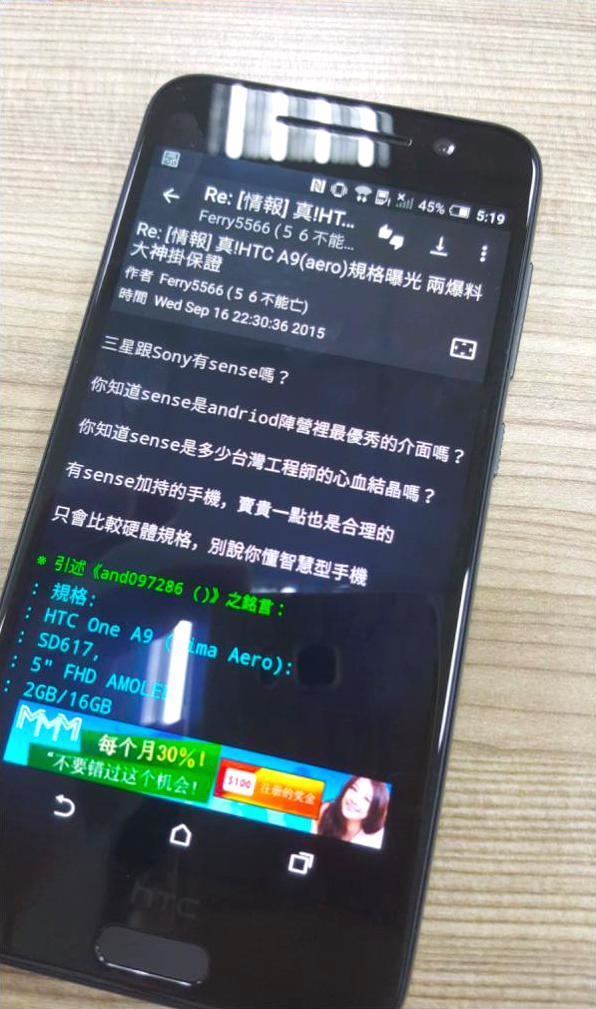 When HTC was in deep trouble this summer, its CEO, Cher Wang apologized to investors and promised to make it up with a “hero phone” this fall. Well, we’re almost there and the device has been leaked as the HTC One A9 and it’s also codenamed Hima Aero. And judging by its latest leak, shown below, it doesn’t feel like a flagship…

As shown by the picture below, HTC has an event scheduled for the 29th of this month, but that’s probably related to a new Butterfly handset, rather than the A9. @Evleaks has also published some renders of the newcomer in multiple colors and now we get the hands on image above. It didn’t come alone, since it also brought some specs for the “Hima Aero”. Captured on camera on September 16th in China, the device has an iPhone-like overall design, a theory we’ve seen on the web when the first leaks started. 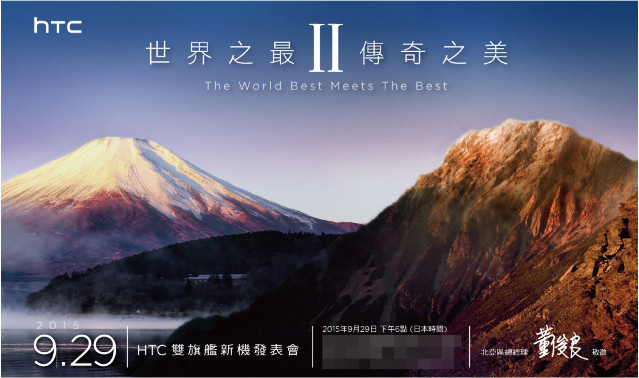 The volume rockers and power button are placed on the right hand side and the image here also sheds light on the specs, such as a 5 inch Full HD AMOLED screen, 2 GB of RAM, 16 GB of storage and a Snapdragon 617 processor, that was launched earlier this month. The chipset brings support for Quick Charge 3.0, by the way. Sony is also mentioned on the specs list, so probably the main camera sensor is of their making.

Once again, HTC One A9 may or may not come during the September 29th event scheduled for Japan… We’ll keep you posted!