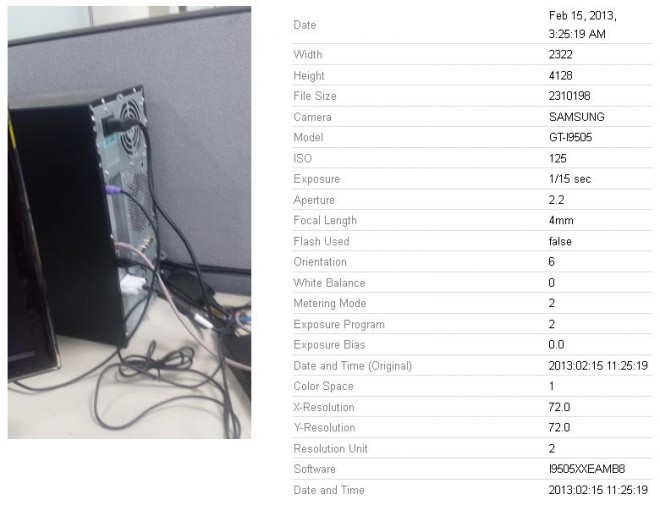 The source of the pics is the usual Picasa for the cam shots and the Nenamark database for the benchmark result. The NenaMark leak mentions the codename SCH-I545, which is the Verizon version of the Galaxy S IV. The Adreno 320 GPU is mentioned here, so we may be dealing with a quad core Qualcomm CPU here, not the Exynos 5 CPU or the 8 core big.LITTLE setup. The Picasa leak reveals the Samsung model GT-I9505, more fit to represent the new Galaxy S than the previous one.

The picture resolution is 2322 x 4128, supporting the idea that the phone will have a 13 megapixel camera at the back. You shouldn’t be scared of the blurry shot, since all phones I’ve seen leaked through cam pics had blurry shots, possibly even the cool cameraphones like the Lumia 920 or Nokia 808 Pureview. 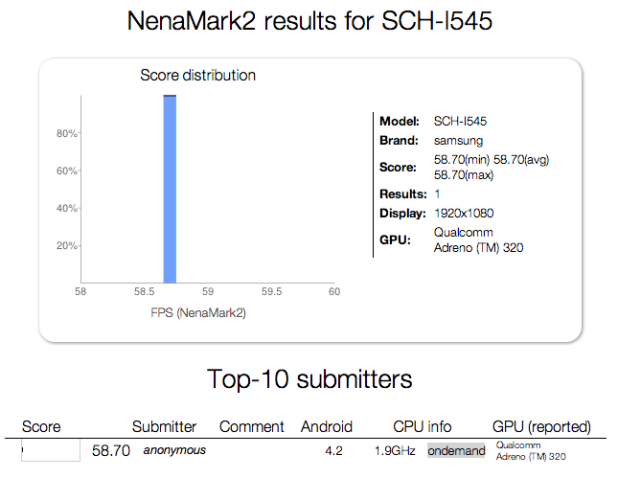