Samsung is at the helm of the Tizen OS initiative, making it some sort of secondary big project to follow the Bada OS concept, that was quite successful. Rumors said that the first Tizen OS smartphone may resemble the Galaxy S III, but let’s have a look at some other products that could feature this OS. 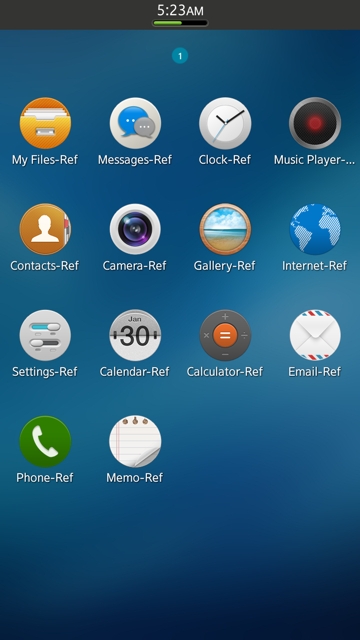 Rumor has it that the likes of NEC and Fujitsu are committed to releasing Tizen devices in 2014. The information comes from Japanese publication MSN Sankei News. Most likely Fujitsu and NEC will debut their Tizen products in Japan first and in the image above you can see a screenshot of what the OS looks like.

In august 2012 Fujitsu and NEC formed an alliance with NTT DoCoMo, focused on making mobile chips. The conglomerate is called Access Network Technology Limited and it may contribute to the Tizen OS portofolio. Meanwhile, on the Tizen Association’s Board of Directors we find Fujitsu, NEC and NTT DoCoMo, as well as Samsung, Intel, Huawei, Vodafone and Orange, so their involvement is also expected.