BlackBerry has had quite an interesting day, so after new rumors about being bought by Lenovo, now their flagship, BlackBerry Z10 has been made available for preorder on AT&T. All of this turnmoil affected the company value and the shares soared over 14%. 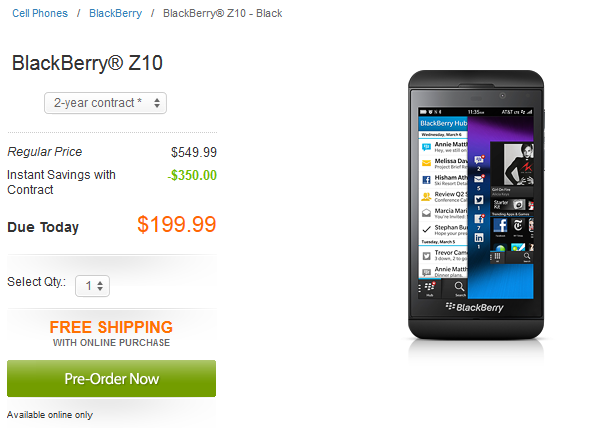