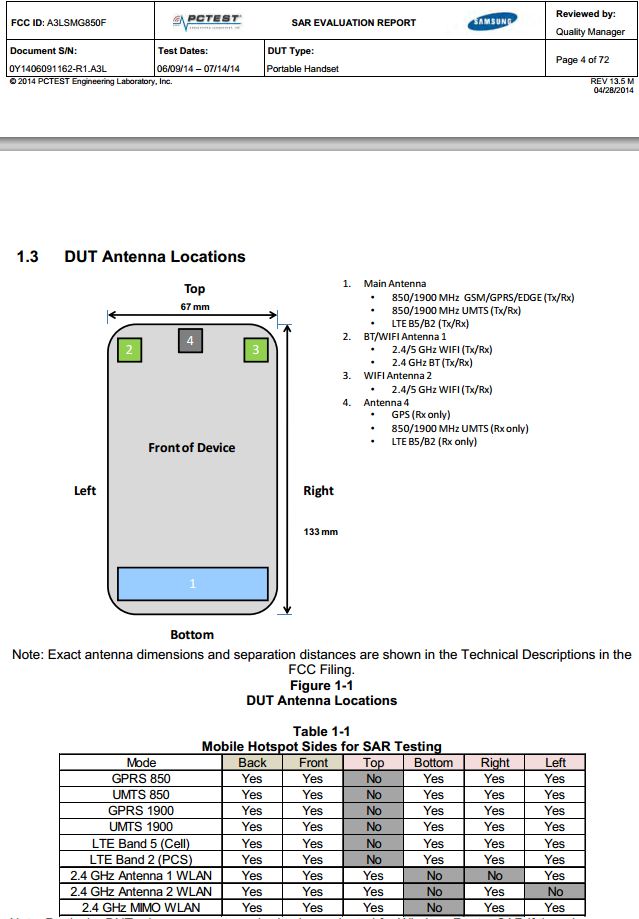 A device expected by a lot of Samsung fans out there is the first metallic phone of the company, a smartphone called Samsung Galaxy Alpha. After in the past we had the opportunity to see a lot of leaks with the device in case, now we get to know the fact that Galaxy Alpha SM-G850F has received certification from FCC.

It seems that Samsung Galaxy Alpha got certification for Bluetooth 4.0, NFC, dual-band WiFi and LTE. Among its possible specs we may have a 4.7-inch Super AMOLED display with a 1.280 x 720 pixel resolution and a 320ppi pixel density, a octa-core Exynos5 processor, a 12-megapixel camera with LED and autofocus and a 2.1-megapixel front-facing camera.

Like the Galaxy S5 flagship, the Galaxy Alpha will borrow some of its features like the fingerprint scanner and the heart rate monitor. Is expected that this device to be officially launched next week on August 13.