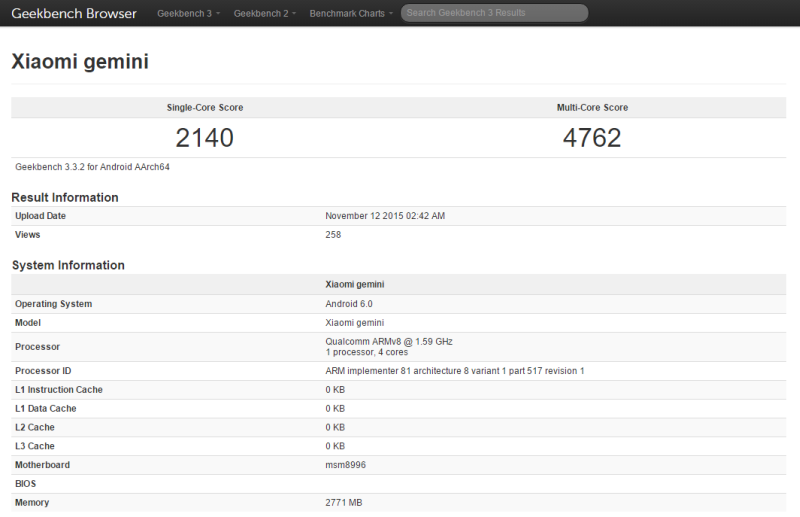 Shortly after Qualcomm announced the new Snapdragon 820 processor, in benchmark tests we get to see a first mobile device that will pack such a CPU. We’re talking about the Xiaomi Gemini (probably the Mi 5), device revealed by GeekBench. According to this benchmark, we’re getting Android 6.0 Marshmallow pre-installed on the phone. 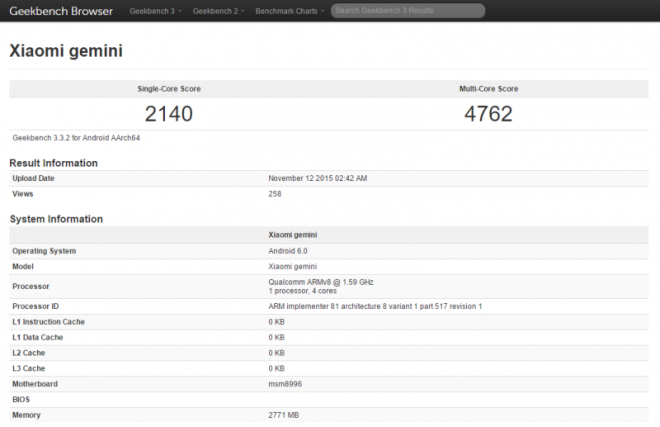 From the screenshot above, we notice that the phone comes with 3 GB of RAM memory and with Qualcomm’s Snapdragon 820 quad-core processor clocked at 1.6 GHz. Xiaomi Gemini manages to obtain 2140 points in the single-core test, and 4762 points during the multi-core test.

In the same benchmark test, Samsung Galaxy S6 Edge gets 1334 points in the single-core test, and 4459 points during the multi-core test, phone that packs an octa-core Exynos 7420 processor. As you can see, the Snapdragon 820 is just a little better compared to Samsung’s 2015 processor found on the market.