Talk about phones that hit the market late… E-Ten Glofiish DX900 was announced in June, at Computex and it has hit the Russian market just now, bringing its dual SIM hotness to the stores. This handset stands for a premiere: the first dual SIM Windows Mobile smartphone with a VGA screen. Confused? Don’t be, as the device is quite hot, but a tad expensive, at $742. 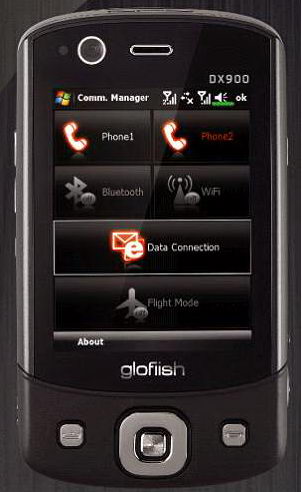 Its specs list includes 3G support (HSDPA), GPS, WiFi, Bluetooth, 3 megapixel camera and a front camera for video calls. No info when Glofiish DX900 will make it outside Russia, but we do know that it’s available for pre-ordering at Expansys.