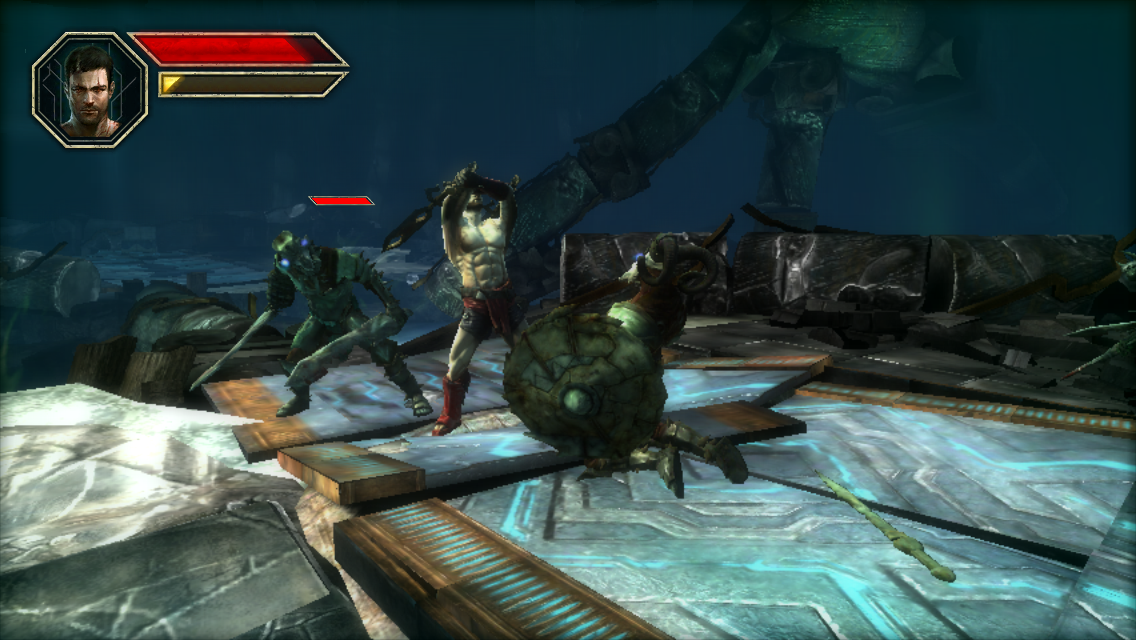 It’s hard to believe that there isn’t at least a dozen games that have tried to imitate God of War till now on mobile… There are about 2 or 3 and that crowd includes the Godfire Rise of Prometheus title, that I review below. I played the game on the iPhone 5 and while it was fun and everything, it also had its problems. 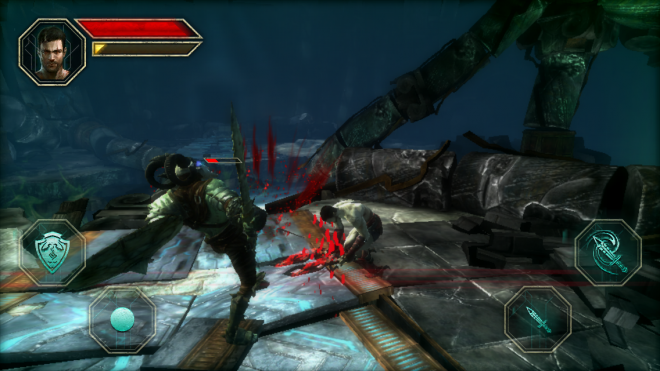 The game comes from Vivid Games, the makers of Real Boxing and it’s priced at $5. It’s sort of like a God of War mixed with Infinity Blade a bit. You get a virtual thumbstick to move around the environment and roll away from an enemy attack when need be. You also use two virtual attack buttons, one for heavy attacks and one for light ones and they can be combined into combos. There’s a shield button, but your parry usually breaks after about 3 or 4 hits.

Then there’s the occasional Quick action button, that triggers a special attack, a finishing move or a contextual move, like solving a puzzle or pulling a special trick during a boss battle. The game is repetitive and hard and equipment is rather scarce, plus everything is pricey. Cutscenes are top notch and they really serve a nice dose of Greek mythology. Godfire is based on Unreal Engine and it features the myth of Prometheus, who stole the spark from Helios, the main antagonist in the game. 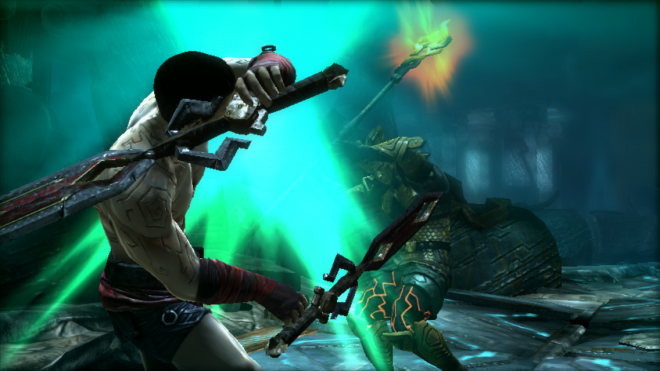 There’s a lot of button mashing to do in this game and bosses are very hard to beat. You can open chests, find new items and get a bit of your HP back from the hits you deliver to the enemies. There are 7 chapters here, good enough for 2 or 3 hours of gameplay and there’s a Survival Mode, that’s only activated after you finish the game once. There are 3 levels of difficulty here and you can replay the game on higher levels.

We’ve got IAPs available here and if the game wasn’t frustrating, it would have been really nice. We give it a 7.5 out of 10 and you can download it here.