The iPhone’s selling price was pretty big in the beginning and always felt like an issue for many people, although we’ve had even more expensive phones doing less until now. This time, the handset’s production price is the element which triggers the interest, as HTC seems to have managed to pull off a smaller cost at the end of the manufacturing process, when comparing to Apple’s device. 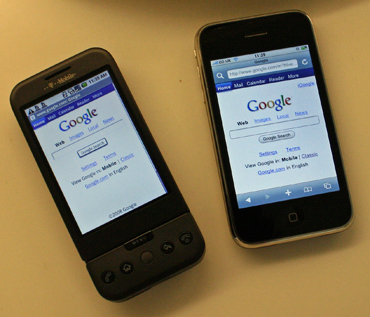 iSuppli noticed that the hardware cost difference between the iPhone and Google’s G1 is of about 17%. Apple seems to spend most on the flash memory and the screen, while HTC saves the most money into the baseband unit. The combined hardware cost of the G1 is USD 143.89, while the iPhone scores USD 173.

On the list of “things that the Google G1 phone can do better than the iPhone”, with some evidence we posted by us here, the producing costs are just one element. A pretty important one, if thinking of the producers’ pocket. And if we don’t think of their wallet, they surely do.