As you might already know, Google’s I/O event kicked off a couple of hours ago, with 5,000 people from 66 countries attending. 200 speakers will take over the stage, during the two day event, that also includes over 180 developer demonstrations and more than 90 technical sessions and chats. Now, let’s find out what was introduced today! 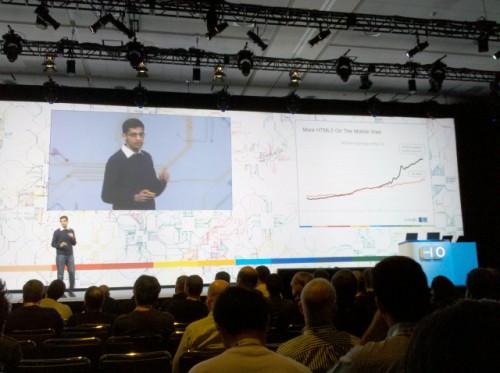 For starters, the search engine giant announced Google App Engine for Business, providing companies with ways to build internal apps, using the same technology as Google for its own software. Cloud portability was also enhanced, as Google teamed up with WMware, in order to offer companies the chance to build rich web apps and deploy them to the cloud.

Google also announced the Chrome Web Store, an open marketplace for web apps, allowing people to find the best software on the Internet. WebM debuted as well during Google I/O, as a web-optimized video codec that comes with high quality and open-source VP8 features. As some of you might remember, during Google I/O 2009, the search engine giant announced Google Maps API v3, optimized for faster use on mobile devices.

After lots of work, the API is now enterprise-ready, being part of the Google Maps API Premier. Among other innovations, we saw new methods for publishers to improve the relevance of AdSense ads. Last, although there’s certainly more to announced, we learned that finally Google Wave is opened to everyone, invitation-free, at wave.google.com, as part of Google Labs.

In the end, we have to mention that Google showed a lot of love for Adobe, Mozilla and Opera, as it provides supports for the 3 companies’ solutions and products. And what do you say about the incredible focus on HTML5?

[via Google Blog and mashable]