We could have sworn that Google was planning to launch Latitude via Apple’s App Store in order to make it reach the iPhone, but here we are, stunned by the fact that we’re dealing with a web app that dodged the Store. 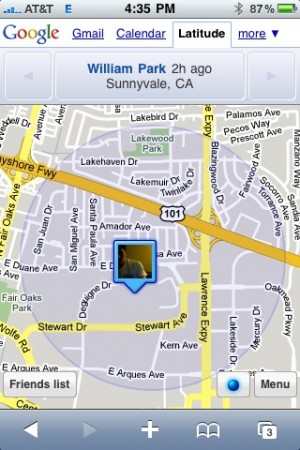 You might know that BlackBerry and Android phone users have been using Google Latitude for ages, thanks to specially created apps for their handsets. It’s all a matter of will, since Google could have developed an iPhone app as well, but chose to release a web-app created for the handset’s Safari browser.

We all know that the big “G” is all about web apps, cloud solutions and other such initiatives, so they’re simply continuing their way to the future, undermining Apple’s temporarily successful App Store. Bypassing this service is a great and bold move, proving the public that Apple is not always in control and that the developers are not obedient fellows, who want a small piece of the profit pie.