The news of the day is related to Google, who just launched a bunch of new apps and services for the Android platform and enhanced its search functions. As we informed you previously, Google launched a visual search service called Goggles, based on the Android phones’ camera and a database of digitally imprinted objects. 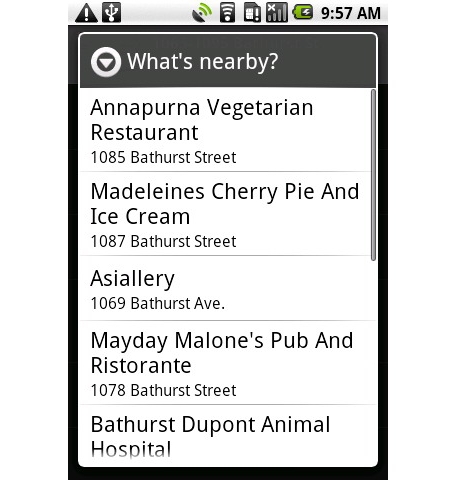 Goggles is compatible with Android 1.6+ devices and it’s similar to Nokia’s Point and Find. What’s Nearby is shown as a screenshot above and it’s a new Android feature included in the latest version of Google Maps for Android. It shows the ten coolest places on the map with a single long press on it.

Meanwhile, we learn that Goggles is available via Android Market, but more on it in the video promo below: