Sister site Mobilissimo.ro allowed us to catch a glimpse of a local Google + Orange Romania event, meant to unveil a new phase in the evolution of Google Navigation. The service works on Android 1.6+ devices and its features were showcased by Julien Ducarroz, Chief Commercial Officer Orange Romania and Mihai Stroe, tech lead manager Google. 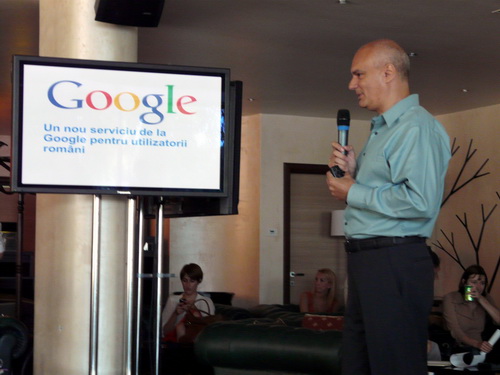 The host of the event was Dan Bulucea, country Manager Google Romania, who claimed that this launch is meant to satisfy the Google Maps user in the region. Apparently, at this moment both Vodafone and Orange (local branches) are saying that 20% of their sold smartphones are Android units, so we’re dealing with an important segment here.

The new and improved navigation function from Google completely replaces GPS devices and provides 3D visualization, voice guidance and automatic redirecting. The app is available for free and you can also get an advanced level of guidance at street level, with incredible graphics. Points of interest, such as restaurants and gas stations will also appear on the map and be available for user.

Demo of the app is shown below: