Google I/O 2012 wasn’t all about the new Nexus Tablet, or Nexus Q or even Android 4.1 Jelly Bean. It had some extra novelty that people neglected, like the cool Google Glasses, the arrival of Chrome in a finalized version or the new Google Search with voice input and the features of a real voice assistant. So, is it better than Siri? Let’s find out from a comparison done by Techno Buffalo. 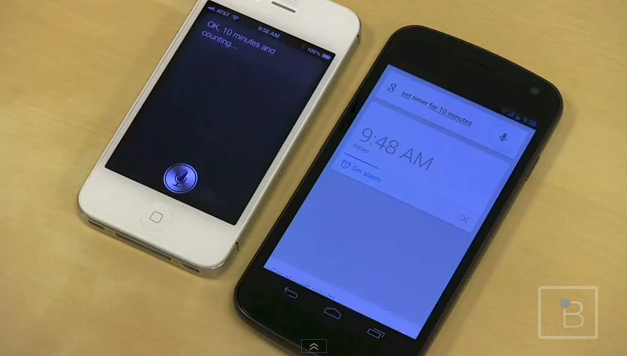 For one thing, the Google Search by voice offers results faster, so it wins the speed duel. Also, its voice output is more human sounding than the robotic Siri, so yet another point scored by Google’s solution. Siri has the advantage of more polished graphics when delivering results such as a basketball player’s height or scores for a recent game. While Google’s assistant may not look fancy, it’s certainly efficient, intuitive, responsive and very fast.

Among the tasks involved in this comparison there was a request to show the weather, the scores for a recent game, a sportsman’s height, the setup of a countdown and a remind to “review the Nexus 7”. In each of these tasks Google Search was faster. So, is Siri dead yet or do you still like it? One thing’s for sure: both these solutions are better than Samsung’s S Voice.