Unlike some other players out there, Google is always working in the Android development area, only that it does it without causing any fuss and reacts only when needed. We’ve lately seen some patents that the Giant is interested in and the latest looks very probable. 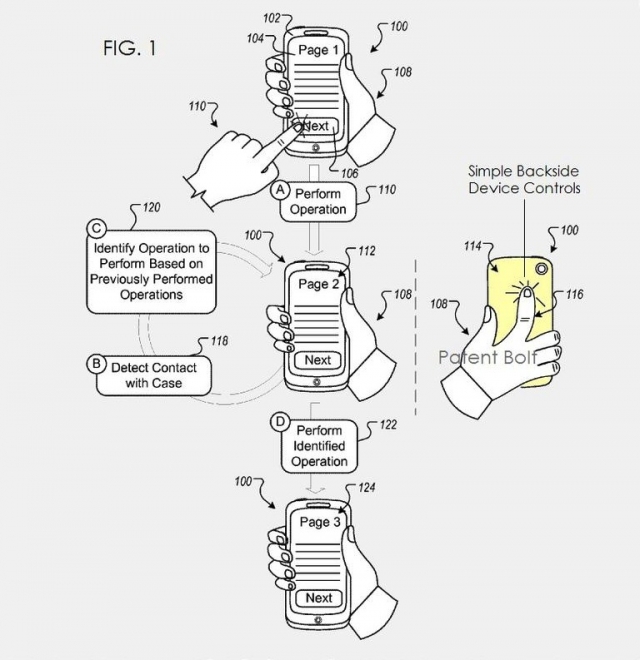 There are many ways of controlling a touch-input based device, including gestures and motion for easy interaction. And there are still more to be accomplished and integrated, once more manufacturers start looking towards the Google way and stop implementing the already old-fashioned buttons in their devices.

Google has already made another step towards improving the user experience on a device. Their newest patent refers to using backside controls – integrated touch input into the back casing of the smartphone. We’ve seen a similar implementation with Sony’s newest PSP device and it has worked out very well. It will come to the developers to find methods of efficient integration in games and apps.