So, in a couple of days we’ll witness the great big debut of the Samsung Galaxy S IV and we feel like we’re missing something… We’ve got specification leaks, even some benchmarks and photo samples, but the actual phone has yet to be seen. This is where concepts come in and we’ve gathered 5 of them and arranged them in a top from the best looking to the most unrealistic and slightly ugly model. 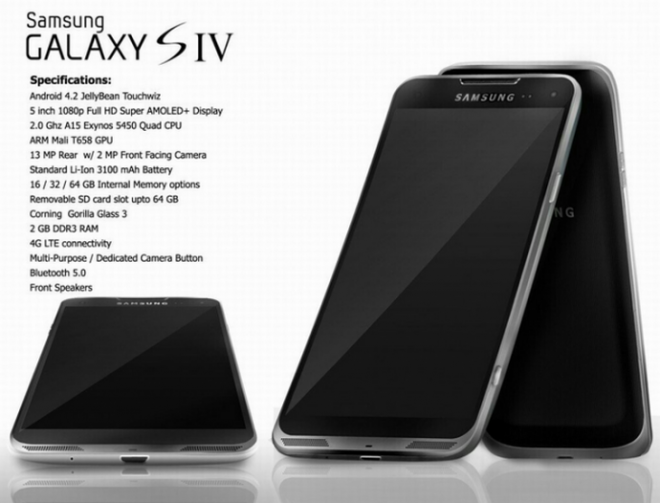 This Samsung Galaxy S4 concept doesn’t use a Home button, but it does include front side speakers and a slightly curved case. It’s based heavily on metal and this device reminds me more of a HTC than of a Samsung product. There’s also something that looks like a physical camera button on the side, unless I’m mistaking. The device has a quad core Exynos Cortex A15 processor at 2 GHz and Android 4.2 Jelly Bean as the OS. This is the most unlikely design of all the 5, especially with rumors saying the new Galaxy S will have a plastic case.

Shaik Imaduddin has a vision of a square-ish Galaxy S4 with rounded corners and a front camera placed at the bottom. The device is elongated and looks like a hybrid between the Galaxy S III and the Note II. It packs a 5 inch Full HD screen, but there’s a catch here: no buttons. There are no buttons whatsoever, not even a Home or volume button. You will rely on gestures and swipes to get around. You can tap to reach Home and swipe left to go back, plus swipe up for recent apps. Is this doable? It would surely leave a lot of screen estate free… 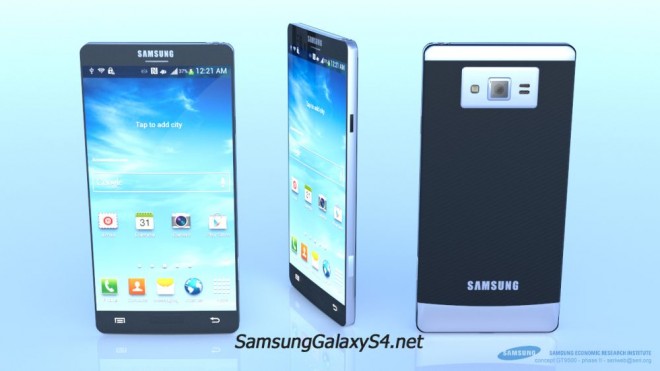 This concept actually looks pretty realistic. It involves an edge to edge 5 inch display and a camera area that’s been separated from the rest of the back. The phone gives up its rounded look of the predecessor and opts for a squared design with a metal frame and metal edges. Also notice the presence of the physical Home button and two capacitive buttons near it. The color pattern is interesting, with a black back and white area at the bottom and near the camera. We’re dealing with an aluminum case Galaxy S4, with a 13 megapixel camera and a very solid replacement for the plastic case. 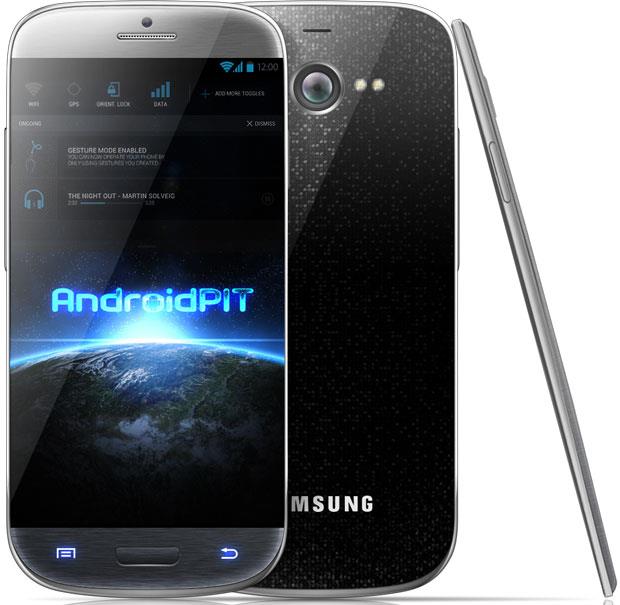 This concept was created by Andrei Salaru, a designer working with Androidpit.com. We’re dealing with an elongated and rounded Samsung Galaxy S IV, that adopts the Nexus 4 back pattern and an edge to edge display. The model is very thin and it includes a centered 13 megapixel camera with dual LED flash at the back. We stil have a 5 inch Full HD screen, but it’s discretely integrated. The phone measures a crazy 6.6 mm in thickness and supports wireless recharging. 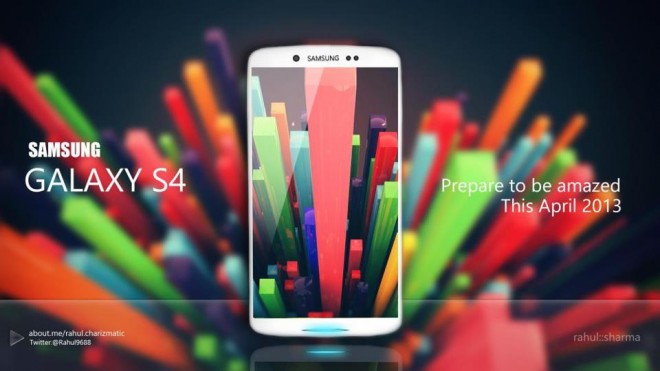 It may be the colourful poster that won my heart, but I consider this concept to be the best one. Rahul Sharma created it and we’re dealing with what’s actually a redesign of the creator’s first draft. We don’t get any physical buttons, being replaced with a touch sensor below the screen, that will also light up for notifications. The device still packs a 4.99 inch Full HD Screen and this model runs Android 4.2.1. We’ve got S Voice 2 on board for autonomous vice control, plus S Surround for improved audio quality and the camera at the back uses an Exmor R Sony sensor. The design of the smartphone is both wide and pretty.

For the real design be sure to tune on GSMDome.com on March 14, next Thursday!