I can’t believe how far Android has come over the past years and if I could sum all of it up in a single picture, the collage below would be perfect for that. It’s created by Carlos Hernandez, a member of the CyanogenMod community, who posted this pic on Google+. 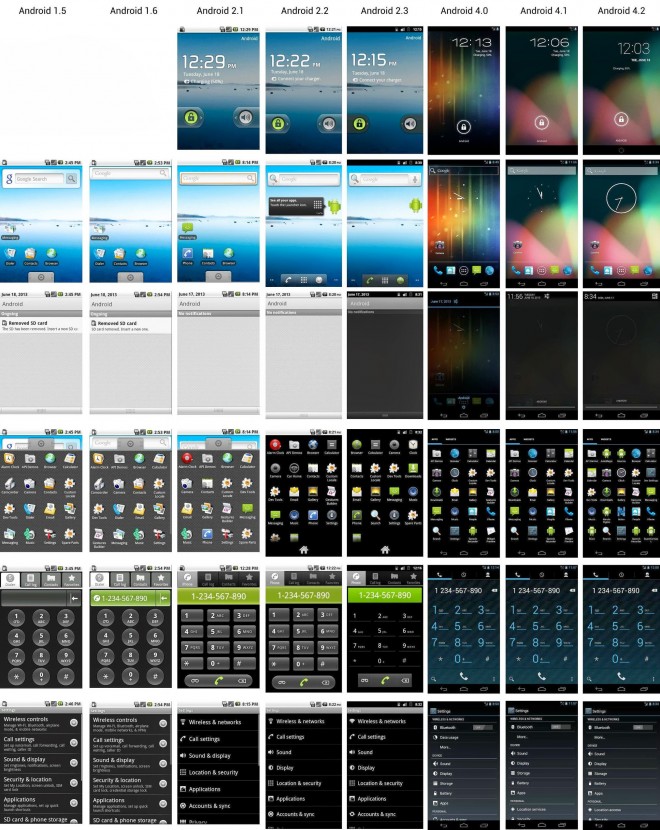 As you can see, unlike iOS, that has been working with a main concept or idea behind the platform, Android has suffered some pretty major changes over the years. Just look at the fact that Android 1.5 and 1.6 didn’t even have a lockscreen per se. This also goes to show how fragmented Android actually is and reminds us that many people are stuck at older versions of the platform.

It’s becoming clearer and clearer the fact that Android 4.0 ICS was actually a very big deal, as far as innovation is concerned. It totally changed the Android experience as we know it and as you can see, the dialer is probably the most antiquated part of the older Androids. Basically the Settings area from Jelly Bean and ICS is the same and you can also notice the presence of virtual buttons as a trend that started with ICS.

You must also notice that the slide to unlock mechanism was given up in later Android releases, probably because of Apple lawsuits.