The cheap Android smartphone market has seen a lot of additions lately, some wort looking at while others not so much. Some of these offer unexpected features, in some areas where even top Android manufacturers fail to deliver – price/performance wise. 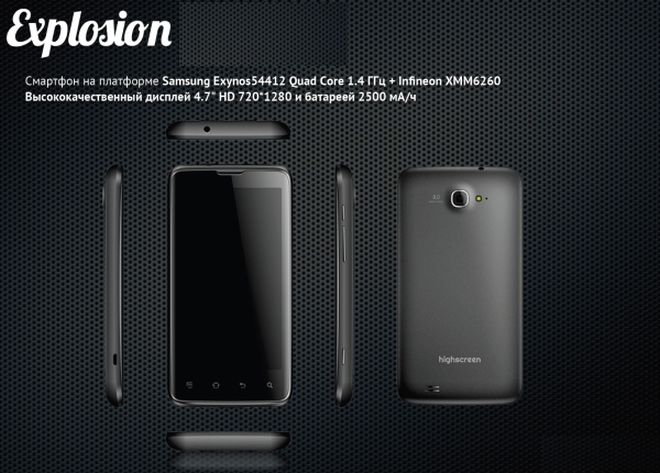 The Highscreen Explosion Smartphone is the manufacturer’s latest and it packs quite a punch for what you have to pay for it. The smartphone has a 4.7-inch display that is large enough to cover everyone’s needs. The screen offers HD resolution with 1280 x 720 pixels and over 300 ppi for a sharp and clear image. The flagship device wants to position itself in the market against some very tough players such as Samsung and their Galaxy S III.

Going further on the line of specifications the Highscreen Explosion has more then enough to offer. The device is powered by the Exynos 4412 chipset with 1 GB of RAM. Just like the Samsung flagship smartphone the Explosion should offer enough power for 2013. The device has 8 GB of internal memory for apps and a micro SD card slot. There is an 8 MP camera on the back and a 2 MP frontal sensor.  In terms of connectivity there is Bluetooth 2.1 + EDR,  Wi-Fi 802.11 b / g / n, FM-radio, GPS-receiver, G-sensor, light sensor and proximity. 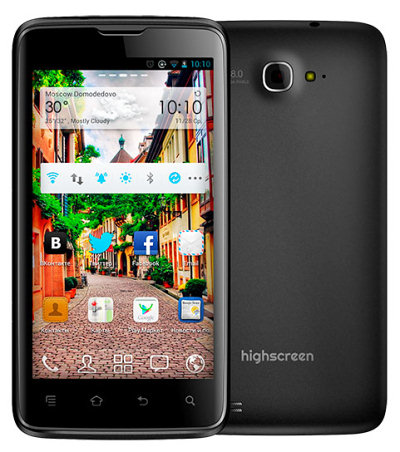