Need a hot smartphone? Faithful to the famous HP brand? Enter iPAQ Data Messenger, a device that’s a smartphone first and foremost. HP’s handset got reviewed by Trusted Reviews recently and you’ll need to find out that this neat device competes with hot smartphones like HTC S740 or XPERIA X1. 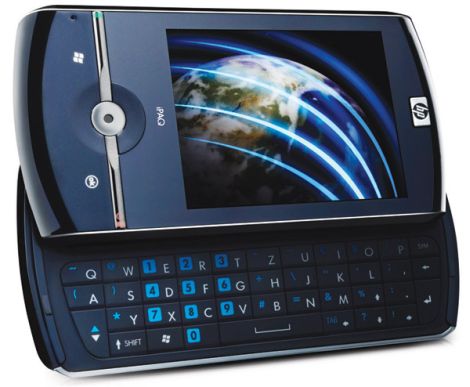 iPAQ Data Messenger is a pretty large and wide phone, when compared to its rivals, so this chunky piece of gadgetry won’t appeal to the folks that appreciate design over features. The smartphone comes with a slide out QWERTY keyboard, with pretty “sticky” feeling keys and a short space bar.

Data Messenger’s 2.8 inch display supports a pretty lowly 320 x 240 pixel resolution, which instantly pales in front of HTC Touch HD, mostly because the screen is not that crisp or bright. The camera’s not very appealing either, in spite of having a 3.1 megapixel resolution and an LED flash… it still manages to take shots that lack sharpness. 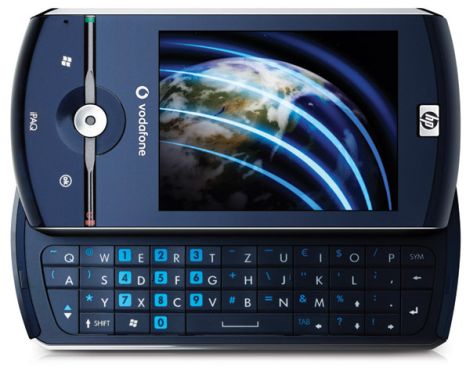 There are also positive aspects that Trusted Reviews have spotted while analyzing HP’s device, like the onboard GPS, or the speedy 528 MHz Qualcomm 7201A processor. The memory is also decent, 128MB RAM, 256MB ROM and a microSD slot for some extra space. Data Messenger uses Windows Mobile 6.1 and a neat set of productivity apps, plus it has a decent call quality and good battery life.

All in all the smartphone is good, but not the best for $548 (SIM free), as it stands right between the HTC S740 and the XPERIA X1. You’ll be the one making the call!