In a couple of hours we should be witnessing the launch of the appealing webOS tablet that’s been so teased by HP Palm lately. We’ve seen the Topaz and Opal models a while ago, so we’re very curios what HP has to showcase today. The question is whether or not the new product has the ability to take the iPad 2 to a duel, or if it just defeats the first unit. 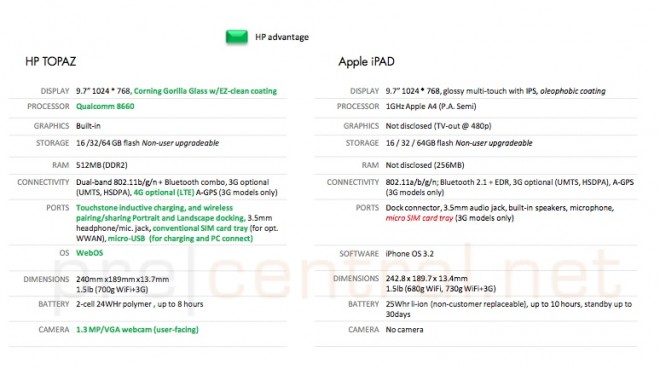 HP Topaz is the device supposed to take off today and it should feature a 9.7 inch Corning Glass screen, a dual core processor at 1.2GHz and 16 or 32 gigs of storage. Apparently a 4G LTE version will also be available at some point, making this a very interesting device, especially when compared to the BlackBerry PlayBook and Motorola Xoom.

webOS 2.0 is actually what we’re more interested in, as well as Palm’s involvement in the project and the mark they’ll leave on the product.