Windows Phone 8 debuted at the beginning of the current week, but Verizon has yet to announce its lineup of phones running this OS. Of course, we’ve had enough leaks to know what to expect here, so devices like HTC 8X and Nokia Lumia 822 are a pretty sure thing. Previously there was a speculation that wireless charging may not make the cut for all devices, but Nokia at least HTC 8X gets it. 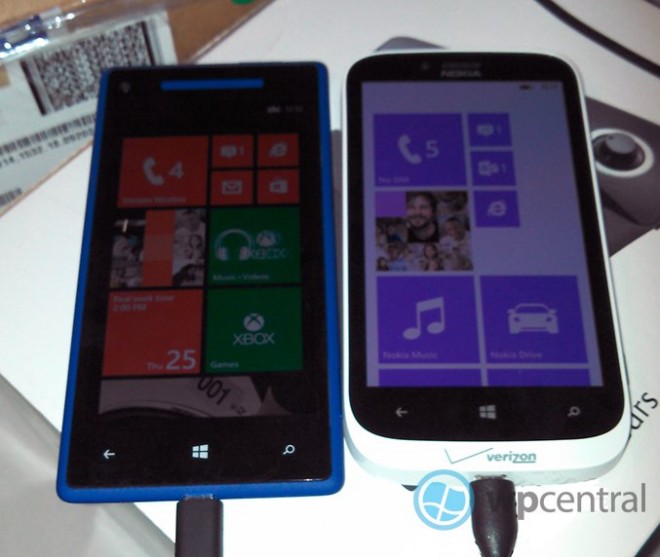 Windows Phone Central received some internal training documents for Verizon, sharing precious info for reps to sell handsets to customers. This also confirms that wireless charging is supported on the HTC 8X Verizon version. It takes a charging pad, sold separately, that will do the job. Selling points for Lumia 822 and HTC 8X include “robust music and audio experience” and with Beats Audio and Nokia’s Music experience, I can say they’re pretty true. Turn by turn voice guided navigation is also promised, with offline access from Nokia Drive+.

US Maps are preloaded and you can download extra maps for other regions of the world. Rumors say that Verizon will launch the phones on November 8th, which is just days away. Sadly, there’s also a bunch of rumors saying we won’t actually see the handsets in person till Thanksgiving week. Samsung Ativ Odyssey is also delayed till Christmas time. HTC 8X is expected to cost $199 on Verizon and Lumia 822 $99, obviously with contract. 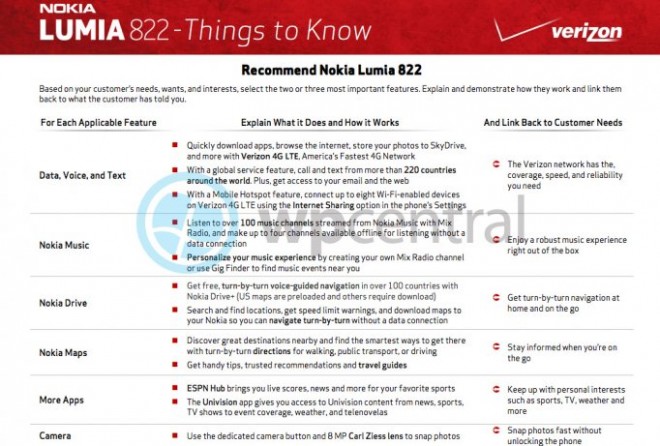