During a special November 2nd event, HTC launched its brand new 8X and 8S handsets in Singapore, both Windows Phone 8 on board. I have to remind you that earlier this week, Microsoft launched Windows Phone 8 with great fanfare and also announced a bunch of devices that we already knew about, including the 8X and 8S by HTC. 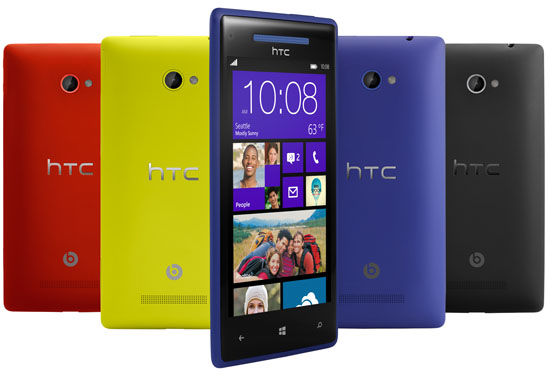 As far as the Singapore debut goes, HTC 8X will be priced at $676 locally and the 8S will cost $341, with both models hitting stores in a few weeks. The handsets may even be available for free with a proper subsidy from carriers. HTC claimed that these newcomers will reach over 50 countries thanks to over 150 carriers. HTC 8S offers a 4 inch 480 x 800 pixel display, Beats Audio, 4 GB of storage and a microSD card slot. It’s a lower end Windows Phone 8 unit, with 512 MB of RAM, a dual core Qualcomm Snapdragon S4 1 GHz CPU.

The device will come in red, blue, grey and domino hues and it also packs a 5 megapixel camera. HTC 8X offers a S-LCD2 4.3 inch display with 720p resolution. There’s also 1 GB of RAM on board, 16 GB of storage and there’s no microSD card slot here. Other specs include an 8 megapixel camera, a Qualcomm Snapdragon Krait dual core 1.5 GHz processor and Beats Audio tech.